With high cuts and the usage of good quality fabric, daniel alexander bikini is the most comforting of all the mens underwear styles. The fabric is available at the back with the front fully covered. The fabric of this mens bikini underwear feels friendly to the skin and keeps your manhood in great comfort. The extraordinary structures of the male bikini catch the eye regardless of at which place you reveal them. There is a great deal of client who put their trust at Daniel Alexander and subsequently, this present mens underwear brand name itself makes the pair a trustable one. You should have this pair of mens underwear for the majority of the event and once you are used to the mens bikini underwear there is nobody preventing you from looking hot. So, it is the time currently to search generally advantageous and fresh debut of mens bikini underwear and prepare to make pull in all the eyes when you reveal them.

Another great DA product. One of my spouse’s favorites, which is always a plus. Very comfortable and sexy.

sexy and comfortable, what esle can you ask for?!!

Just the right coverage to be tease, fits well and holds me in 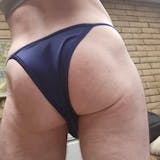 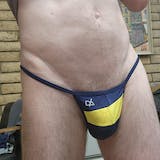 Another great DA product. One of my spouse’s favorites, which is always a plus. Very comfortable and sexy.

sexy and comfortable, what esle can you ask for?!!

Just the right coverage to be tease, fits well and holds me in

123
Product has been added to your wishlist.
You can view your wishlist by creating or login account.
Please create account through ##customer_email## email
Login Register
70